Back on Her Feet at HSC

On March 15, 2021, Lin Conover walked into HSC Winnipeg and headed for her desk in the PsycHealth Centre for the first time in almost four months.

It was a big day for Conover, a social worker with the Co-occurring Disorders Outreach program. For her previous two visits to HSC, both in January, she arrived on a stretcher.

Her journey was a stressful one that was made easier by HSC’s Virtual COVID-19 Outpatient Program (VCOP).

Conover and her partner Roanna did their best to be COVID-careful. Still, they both caught the coronavirus, probably while at a medical appointment together in December. The COVID couple was confined to their North Point Douglas home.

“One night, I found Roanna in the bathroom, unconscious and with purple lips. I called an ambulance. Her blood pressure was 61 over 30,” says Conover.

Roanna recovered, but then a week later, it was Conover in the back of an ambulance on her way to HSC with a temperature of 40 degrees.

“I got oxygen and medication. My breathing started to improve, but I was weak and had no appetite,” says Conover. Because she was making some progress, her caregivers felt she could go home with VCOP after about a week in hospital. The program allows people to recover from COVID-19 at home, supported through regular interaction with health care providers and tools for monitoring their own condition. 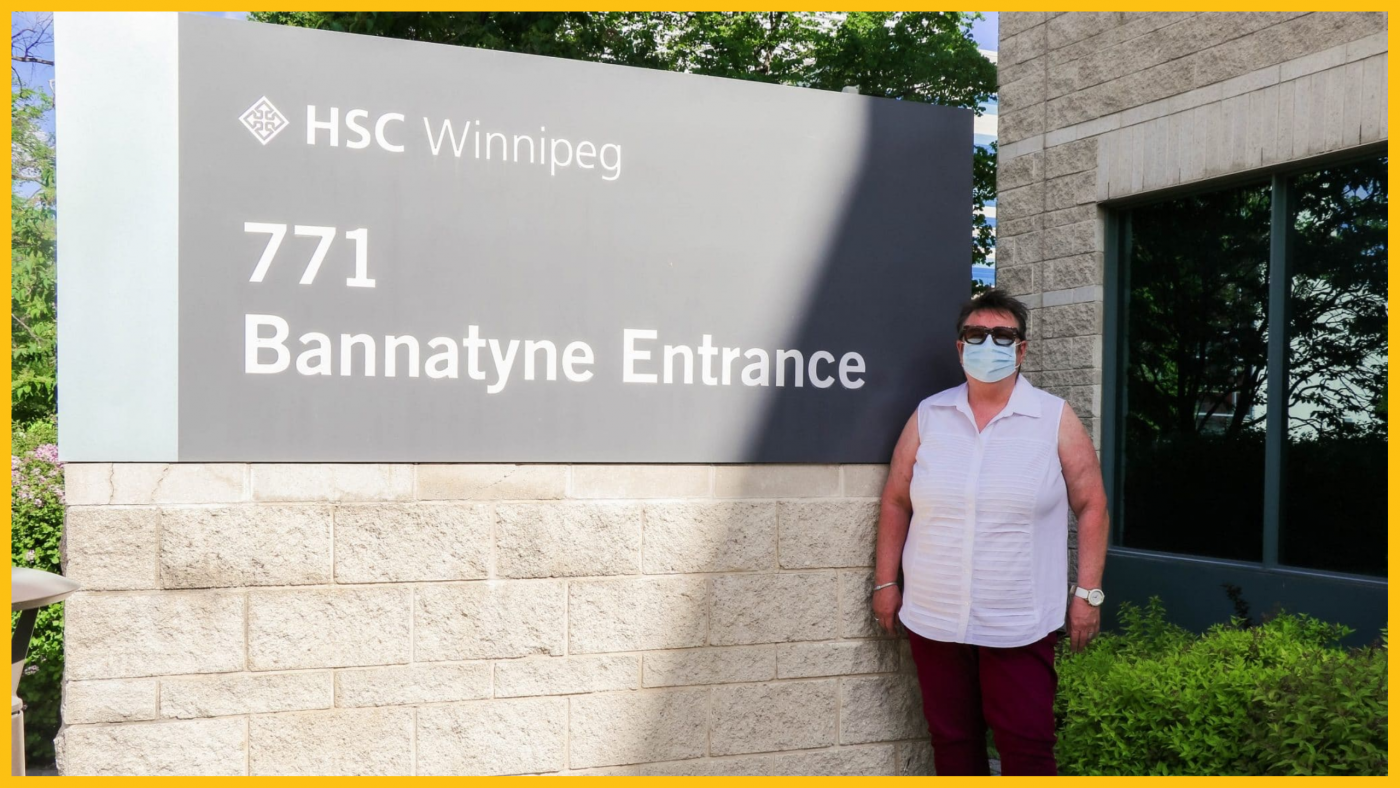 Toward the middle of January, Conover started feeling ill again. Through an online VCOP appointment, her doctor could see she needed to come back to HSC for further investigation. The ambulance brought her to HSC’s Emergency Department where she learned she had developed a pulmonary embolism (a type of blockage in a lung artery). She was treated successfully, and just in time.

“If it had not been for the VCOP people really paying attention and monitoring my condition, this could have been a very different story,” she says.

While Conover is now back at work and free of COVID, she still feels after-effects of the virus. Some would call her a “long-hauler”, someone for whom symptoms persist over time. As an expression of gratitude for VCOP, she has volunteered to be part of a research study in which her symptoms will be monitored long-term.

Trackback from your site.

WE ALL NEED HSC
AND HSC NEEDS YOU!